Number of places we can visit in and around Jhansi 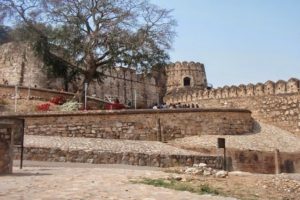 Jhansi Fort or Jhansi ka Kila is a fortress situated on a large hilltop called Bangira, in Uttar Pradesh, Northern India. It served as a stronghold of the Chandela Kings in Balwant Nagar from the 11th through the 17th century. The fort standing in the hilly area shows how the north Indian style of fort construction differs from that of the south. In the south most of the forts were built on the sea beds like Bekal Fort in Kerala. The granite walls of the fort are between 16 and 20 feet thick and on the south side meet the city walls.

The south face of the fort is almost perpendicular. There are 10 gates giving access to the fort. Some of these are Khanderao Gate, Datia Darwaza, Unnao Gate, Jharna Gate, Laxmi Gate, Sagar Gate, Orchha Gate, Sainyar Gate and Chand Gate. Notable sights in the fort are the Shiva temple, Ganesh temple at the entrance, and the Kadak Bijli cannon used in the uprising of 1857. 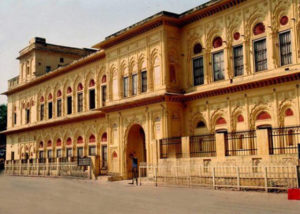 The Rani Mahal is a royal palace in the city of Jhansi, Uttar Pradesh, India. The palace was built by Raghu Nath-II of the Newalkar family (1769-96). This palace later formed one of the residences for Rani Lakshmibai. Architecturally, it is a flat-roofed, two-storeyed building having a quadrangular courtyard with a small well and one fountain on opposing sides. The palace consists of six halls and parallel corridors with multi-foiled arches and a number of small rooms.

The Darbar Hall, approached by a flight of steps, is beautifully decorated with paintings in bright colours exhibiting various floral, faunal and geometrical motifs. The arches are embellished with peacock and rosette patterns. The major part of it was damaged by British bombardment during the Indian Rebellion of 1857.. 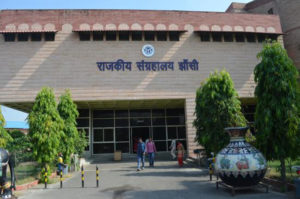 >The State Museum has a fine collection of terracotta, bronzes, Weapons, Sculptures,Manuscripts, Painting and Coins of Gold, Silver and Copper.

Weapons, statues, dresses and photographs that represents the Chandela dynasty and a picture gallery of the Gupta period are the highlights. There are also terracottas, bronzes, manuscripts, paintings and coins. The museum remains closed on Mondays and second Saturday of every month. 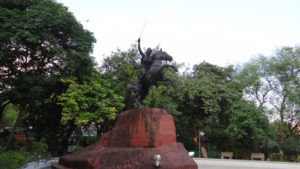 Rani Lakshmi Bai Park is a favourite hotspot in the splendid city, Jhansi. It is filled with local people as well as tourists, who come to enjoy the parks and the gardens, which is blessed with picturesque views in all directions. With dusk, the park is illuminated with several lights, making this place an absolute beauty. Come here with friends and family on a pleasant day to spend some quality time.

Maha Lakshmi Temple an ancient temple devoted to Devi Mahalaxmi was built in 18th Century. This glorious temple is situated outside Laxmi “Darwaza” near Laxmi Tal.

Maha Lakshmi Temple is the far-famed ancient place of worship which is dedicated to the deity goddesses Devi Mahalaxmi. 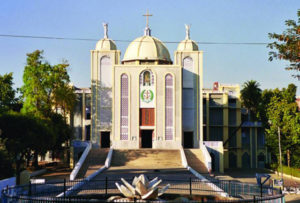 The devotion to St. Jude Thaddaeus, was practically unknown in India, and it was the late Bishop F. X. Fenech who started it in Jhansi, which was a Prefecture Apostolic in those days. It was not easy to do especially during the World War II, but Bishop Fenech was a man of great faith, he made a promise to St. Jude that if he helped him, he would build a Shrine in Jhansi in his honour. 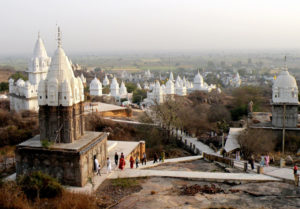 Sonagiri (Hindi: सोनागिरी) about 40 km from Jhansi, has scores of Jain temples of 9th & 10th century on little hills. This sacred place is popular among devotees & ascetic saints to practice for self-discipline, austerity and to attain Nirvana since the time of Chandraprabhu (the 8th Teerthankar), five & half crores of ascetic saints have achieved Moksa from here.. 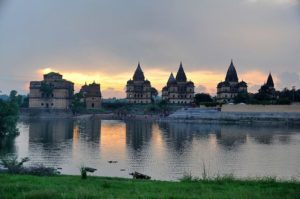 The historic town of Orchha, nestled on the banks of river Betwa, was founded in the 16th century by the Bundela Rajput Chief, Rudra Pratap. Here, the river Betwa splits into seven channels, also called the Satdhara. Legend goes that this is in honour of the seven erstwhile Chiefs of Orchha.

The ancient town seems frozen in time, with its many monuments continuing to retain their original grandeur even to this day. Here you will find some of the most fascinating temples and palaces that will help you realise a childhood fantasy – travelling back in time!

Khajuraho is one of the most popular tourist spots in Madhya Pradesh. It is famous for its ancient temples that depict some of the finest art in the world.

Based on their geographical location, the temples are categorised into three groups: Eastern, Western and Southern. Beautiful, intricate and expressive, the sculptures of the Khajuraho temples will leave you in awe and wonder. 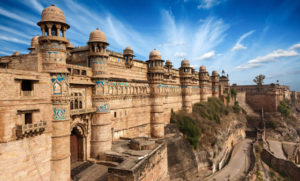 Gwalior is best known for its imposing hilltop fort, which was famously described as ‘the pearl amongst fortresses in India’. Historically, the city has been the cradle of a number of dynasties that ruled it over the years. Their influence is clearly seen in the many regal structures that dominate the cityscape. In a sense, Gwalior continues to retain a medieval majesty.

Gwalior holds an unparalleled reputation in Sangeet, and has retained Indian traditions and the wealth of music intact over the years. The Gwalior Gharana is one of the oldest Khayal Gharanas and the one to which most classical Indian musicians can trace the origin of their style. Legendary musicians like Tansen and Baiju Bawara belonged to Gwalior.

Gwalior also has a rich history in sports, with the wizard of Hockey, Dhyan Chand, belonging to the city.